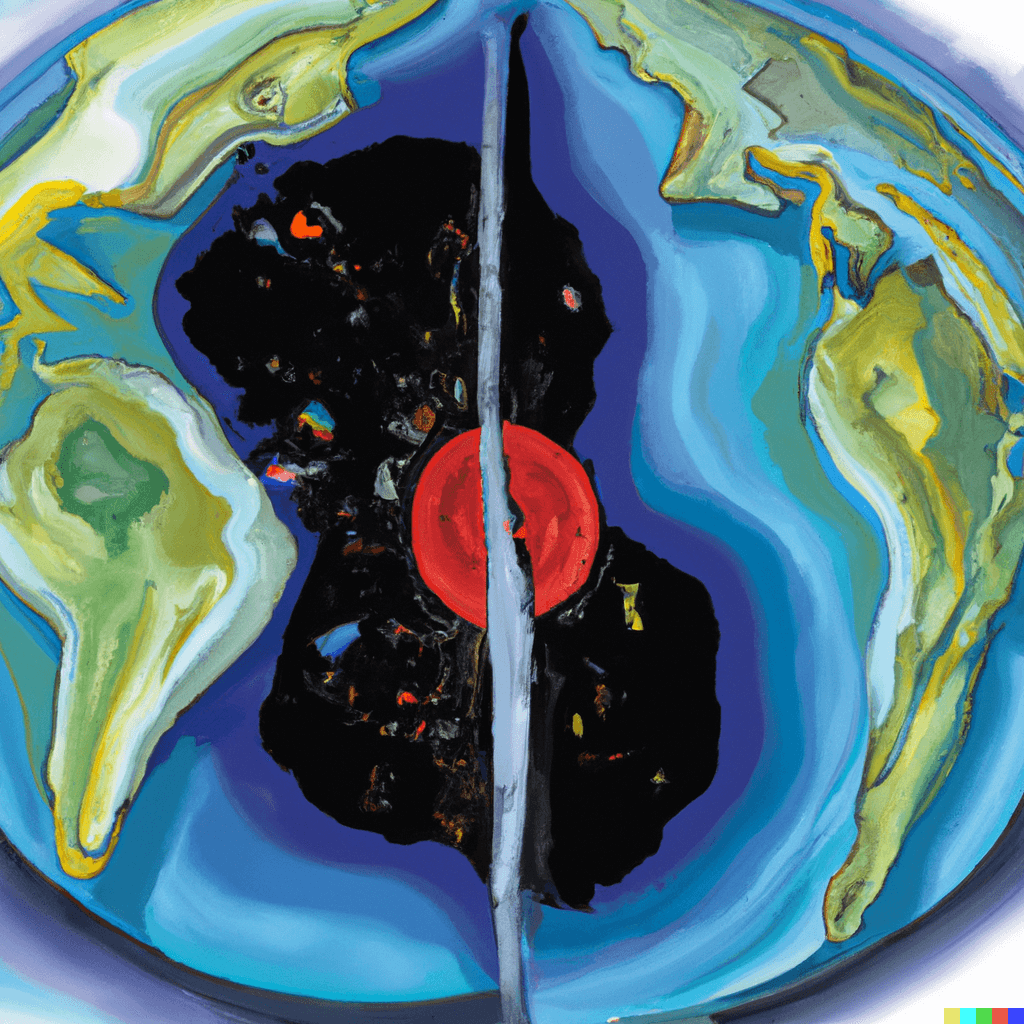 a horror story in space

it’s been dead for centuries.

I’m performing my last expedition for ROCK: Raw Oxidized Core Klemflops; I came up with that name.

good thing that Our tech allows for remote collection of ROCK; otherwise, I’d need to see the horrors of the Aftermath. tragically, as you already have guessed, it doesn’t imply a beer with “the boys” after a long, hard day of solving math problems. it is just how We call it; the name that the population of Terra used to call it was Global Warming. now, because of the lack of gravitational pull, everything just floats. somehow the drop in earth’s temperature makes it perfect for preserving flesh, so if you go down there, it seems that the end happened a few hours ago.

even with all of human morality, the high tech flaunted at every corner and convention, the most outstanding leaders of generations couldn’t stop humanity from pressing its reset button. it’s funny that even after being so close to immortality, they dropped the ball so hard and, as you can see: cracked earth right down to the core. coincidentally that’s where I’m headed. it’s where you extract the ROCK.

the control panel writes that it’s the 14’389’970’112th second since the Aftermath began. and all this time, We’ve been scavenging for scraps to rebuild. it took lifetimes to collect all the human matter. after that, it took decades to collect all the materials and elements for the incubators.

now all that’s left is to bring the last batch of ROCK and power humanity (pun intended, because ROCK is basically Earth’s raw core energy) so its progress can continue. a veritable human space renaissance! I’m not sure if I should be more or less excited, but I think a movie about it would make a good watch.

I’m not the only one here for the ROCK. Everyone’s rebuilding and Everyone’s goals are different. that’s why it took Us so, so long: everyone had their own fucking brilliant idea.

it's safer if I’m just gonna shoot any fool that comes too close. no time for more chit-chat or questions. now is the time for action! if ROCK is what they’re after, plenty will be left after I’ve gone my merry little way.

even after all this travel, one thought remained persistent: I thought I was human, but I saw our real children and knew I was not.

sign up to get an email every so often about what's new.
Thanks!
Oops! Something went wrong.